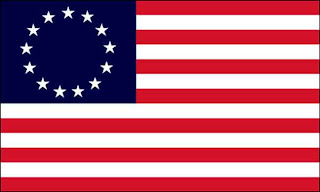 The scene:  Independence Hall, Philadelphia, Pennsylvania
When:  May 25 – September 17, 1787
What:  The Constitutional Convention


The story goes that as Dr. Benjamin Franklin exited Independence Hall, he was met by a woman who anxiously awaited the news.  For just shy of four months, delegates from all 13 states, except Rhode Island, met daily to take on what can arguably be considered one of the most daunting tasks in history... drafting the document that would give direction to the newly independent United States.  The Articles of Confederation were already in place, but they left too much to the imagination, too many loose ends, too much gray area.  The men who gathered in Philadelphia were knowledgeable.  They knew what, historically, was the typical path of a nation newly born.  Their goal was to provide a foundation upon which freedom would flourish and individual liberty would breathe in unity with a central federal government.
Even when the convention adjourned, years of work remained.  Rules set forth in the Articles of Confederation called for nine of the thirteen states to ratify (approve) the plan of government penned by those gathered in Philadelphia (the last of the thirteen states ratified the new Constitution in 1790).  Three of those present at the Constitutional Convention, Alexander Hamilton, John Jay, and James Madison published a series of articles in New York newspapers which are collectively known as “The Federalist Papers”.  The purpose of the papers was to convince members of the New York delegation to vote in favor of the new Constitution.  Today, the Framers’ originally intended meaning for the Constitution can, to a high degree, be discerned by a study of these articles.  In Article #48, future president James Madison wrote,
"a mere demarcation on parchment of the constitutional limits of the several departments [the legislative, judicial, and executive branches] is not a sufficient guard against those encroachments which lead to tyrannical concentration of all the powers of government in some hands."
More clearly stated in today’s language, the document in and of itself cannot prevent those within the realm of power, i.e. sitting in the Oval Office, on the Supreme Court bench, or in either house of Congress, from attempting to gain more power than is granted to their office by the Constitution.  Actions contrary to those defined in the Constitution lead to the dictionary definition of tyranny which brings us to the point that compels me to devote time in the pursuit of this blog.


Legacy:  1776 is a blog which seeks to remind us of the heritage we as Americans should celebrate.  I have always been proud of my country.  I will always be proud of the country our Founders intended to leave for us.  They were farsighted men… men with passion and perseverance.  Many of them fought in the Revolution.  Their hearts led them to stand against the British in order to have the right to pass the legacy of 1776 down through history.  The United States Constitution is a part of that legacy, and their work stands as the longest lasting democratic republic in the history of the world.   I can almost hear the voices of those fifty-five men who entered Independence Hall on May 25, 1787, but I am haunted by Dr. Franklin’s response to the anxious woman who was standing outside on September 17th.
The woman’s question:  “Well Doctor, what have we got—a Republic or a Monarchy?”
Dr. Franklin’s response:  “A Republic, if you can keep it.”
Both Dr. Franklin’s statement and James Madison’s words in Article #48 of the “The Federalist Papers” are a call to our generation.  They are a call to the voting booth.  The Constitution defines the freedoms of individual citizens and the freedoms and limited powers of those elected to serve the citizens.  Individual citizens determine whether tyranny is allowed to stand among those they have elected.  Human will is what gives validity to the separation of powers.  I believe those powers have been breached at the executive level.  The preservation of the Republic rests on our shoulders.  Today, we still have that Republic.  What will we do with our tomorrows to make sure we keep it?
Posted by Karissa Petty at 10:52 AM